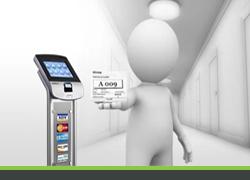 What is the electronic queue management system ? 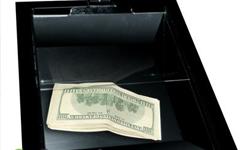 6. LED window display can show a content page to works as stand-alone, and the LED displays can works as group controlled by the server to show long and continuous message. New
7. LED window display Can be programmed to operate the status screen flashes when the system calling a queue and can be programmed at time of the default setup.
8. LED window display can be programmed of programming languages according to user preferred language (the user can create and add the Characters easily).
9. The LED counter displays show the characters clearly due to the character consist of 128 Dots, which allows getting the character clear.
10. LED teller display can show images and logos can be created by the user.
11. Displaying eight characters so they can show the service number, type of service, and teller number (Telle number form and position can be chosen to be  on the right or the left, Inverse or regular). New
12. Equipped with Watch dog time.
13. Each LED Display has a Unique ID "New", and the Teller number is subject to change by installer.
14. LED window display can show your ID when you request this automatically.
15.PoE Module is Option.
16.Data connection is RS-485, WiFi data connection "New" is Option.
17. Power Input 5VDC, Multi-voltage 10~32VDC is Option.